Treating Cataracts from Our Optometrists in Allentown, PA

Cataracts are the clouding of the normally clear surface of your eye’s lens and are often described as looking through a foggy or frosted window. Whether you are looking at something close up or far away at an object, having cataracts makes it hard to make out details of what you are seeing, but they aren't always noticeable at first. In fact, cataracts are common enough that checking for them has become a standard part of eye exams, and an eye doctor can often determine the presence of cataracts before the patient notices any problems with their vision. 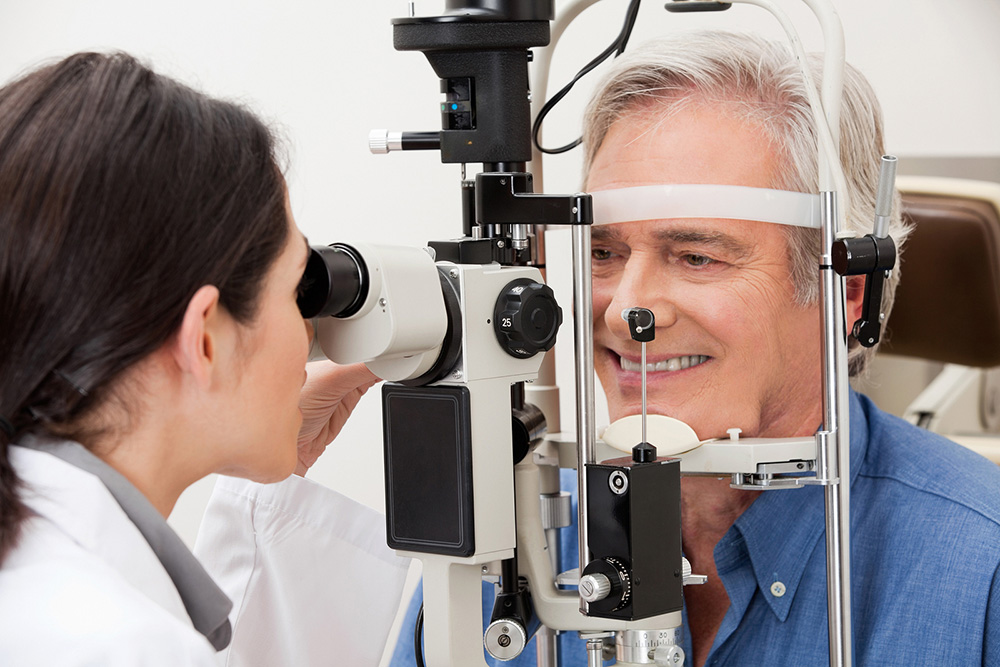 The lens is inside eye behind the iris. The lenses on the eyes have layers, and the type of cataract depends on which layer of the lens it is on. The outer layer is the capsule, the layer inside the capsule is the cortex, and the layer furthers inside is the nucleus. The types include

Cataracts are most common in older adults over 55 years old, but can also occur in young children, including infants. Besides aging, there are other factors that can increase a person's chance of developing cataracts, including diabetes, nutritional deficiencies, smoking, drinking, or taking certain medications.

When the lens is clouded, it interferes with light's ability to focus on the retina and communicate with the optic nerve of the brain. Since lenses are made mostly of water and proteins, the clouding happens when proteins and fibers are altered. Not everyone notices symptoms of cataracts right away, and often an optometrist can find them before symptoms actually develop. Some of the symptoms include blurred vision, less intense colors, poorer night vision, and sensitivity to light.

While the idea of developing cataracts can be frightening, they are often treatable, approximately 90% of patients who have cataract surgery report improved vision. There are two types of cataract surgery; small incision cataract surgery, and extracapsular surgery which involves a larger incision in the cornea.Surgery does carry some risks, such as infection or bleeding, and an even smaller risk of developing retinal detachment.

If you have developed cataracts, our optometrists at Lehigh Valley Eye Care Associates in Allentown, PA can help you understand your condition, and make the right plan to treat it. Contact us (610) 432-3258 to schedule an exam.

Find us on the map